Meet the Candidates - a Candidate Forum 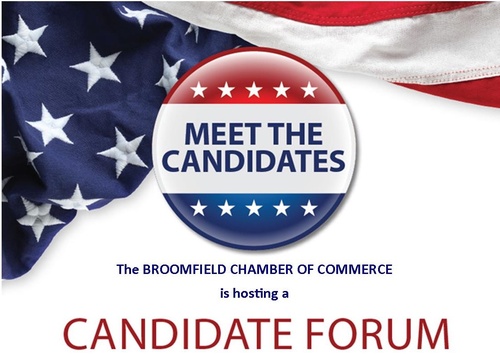 Event Description:
This is the 2nd in a 3-part Lunch and Learn Series!

With the upcoming election season right around the corner, now is the time to start learning where the candidates stand on the issues that are important to you and your community!  As part of our commitment to connecting the private sector and business community, the Broomfield Chamber will be hosting three (3) candidate forums in a lunch-and-learn format to help you get to know the candidates.  Lunch will be provided, hence the nominal fee being charged to help us offset our costs.

The following candidates have been invited to share their perspectives on the issues that impact our community.  Check back often for the addition of new candidate names!